Workbook Answers Of B Wordsworth 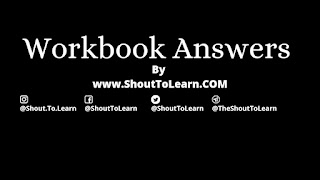 1. Why do you think B. Wordsworth befriended the young boy? If he wanted to be friends with him, why did he ask him to leave at the end?

Ans. B. Wordsworth befriended the boy because he saw a budding poet in him. The boy possessed all the qualities of a poet. He once came to the boy’s house to observe the bees in his yard. The boy was innocent enough to let a stranger come into his house, unlike his mother who was suspicious of the man. He curiously asked about the stranger’s profession and received a reply that he was a poet. The boy asked him if he was a good poet, to which the stranger agreed, saying that he was the greatest poet in the world, and his name was B. Wordsworth. He found the boy bubbling with curiosity and told him that there was a poet within him too. He wanted the boy to look at the world from a poet’s perspective, and he did end up doing that. He took the boy for long walks and spoke at length about nature- the stars, the grass, the trees, the ocean, and so on. He also told him about his tragic love story. The world became all the more exciting for the boy. The poet invited the boy to his house for a delicious treat of mangoes. He showed him the huge and wild garden with a mango, a coconut, and a plum tree. The boy was always happy to visit B. Wordsworth. When the boy was beaten up by his mother, he cried and swore never to return. He ran to the poet, who consoled him by showing him how human beings are nothing in front of the big universe. He told the boy that he was writing the greatest poem on earth, and wrote only one good line a month. The boy innocently asked him if he will be rich after writing the greatest poem. However, the poet did not give a reply to this because he knew what the worth of good poetry was in the society. With time, the friendship between the two became stronger. But, the boy observed that the poet had started to look old and weak. He went to meet B. Wordsworth one day and found him lying on the bed. He started crying. However, the poet tried to console him by saying that the story he had narrated, and everything that he had said about poetry was a lie. He asked the boy to leave and never to return. The boy knew that it was not so, and went home crying. A year later, he passed by the poet’s house, and found that a two-storeyed concrete building had taken its place. It was as if B. Wordsworth never existed. The poet had deliberately asked the boy to leave. He did not want him to suffer the same fate like his. He did not want the boy to be a failed poet.

2. Do you think Naipaul is reflecting on the two kinds of people in our society- the logical and the emotional? Explain how.

Ans. The story has been set in a time when the world was caught up with technological advancement on the one hand, and the traditional values on the other. Naipaul reflects on this dichotomy whether one should stick to the emotional aspect or the logical one. B. Wordsworth and the boy represent qualities like love, compassion, honesty, benevolence, and friendship, whereas the boy’s mother is more of a practical and logical person. The readers cannot judge as to who among them has the right perspective. The development is fast engulfing the old world of values. It is almost like a threat to the world of love and peace. The modern society comprises of rationale, logic and practicality where there is no room for emotions. In this tug of war between the two worlds, people like B. Wordsworth and the boy cease to exist. Their skill and talent is of no use, since they do not possess the ability to manipulate people and situations. They are straightforward and honest, which becomes their weakness. In this story, Naipaul throws light on how simple lives are considered abnormal, and lies, deceit and cheating is normal. Miguel Street becomes a place where the anti-social elements are at work, and the entry of a simple person like B. Wordsworth is frowned upon by the narrator’s mother. It is not because she is harsh and practical, it is because she is not used to meeting such simple people. All she has seen till now is poverty, greed, lies, unhappiness and so on. The place where B. Wordsworth lives is a space isolated by technological progressions. It is full of creativity, and intellectual stimulation for the young narrator. He loves to spend time with the poet, and enrich his learning. The mango, coconut, and plum trees represent the fullness of the yard, and there’s happiness of the traditional world sans negativity. But this happy world does not stay for long. With the death of B. Wordsworth, his house and the garden are pulled down to be replaced by a concrete two-storeyed building. Nature loses in the battle with science. The world which William Wordsworth has finely spoken of, comes to an end. The reader is brought back to reality, and learns that B. Wordsworth is no more.

3. Write down a character sketch of the narrator as a young boy, and the poet B. Wordsworth.

Ans. The narrator of the story is a young boy who lives in a house in Miguel Street. He recalls his experience of meeting a person named B. Wordsworth in his childhood. He describes how beggars come to his house every day for food and money. But one day, a strange man comes to his house, wanting to watch the bees in his yard. The boy is curious to know about the man, and asks him innocent questions- Is hea good poet?Why does he cry? Why does he go around selling poems?It arouses his interest to learn that B. Wordsworth can see a poet in him. The narrator is anaive boy at this point, who is ready to let a stranger come into his house, and would have bought the poem for four cents, if he had the money. B. Wordsworth befriends him and the boy has a great time learning about the different roles of nature. He enjoys eating mangoes in the poet’s yard, and loves to spend time there. He is a sensitive child which can be seen in the instance when his mother beats him. He runs away swearing never to return. He continues to cry before B. Wordsworth, who pacifies him by taking him for a walk, and showing the nothingness of human beings in the big universe. They both lie down on the grass, look at the stars and search for constellations. Also, when he sees the poet dying, he cries terribly. The narrator is an inquisitive child and an ardent observer. He puts forward many questions to B. Wordsworth-what might happen if he drops a pin in water? Will it float or sink in it? If the poet writes the greatest poem in the world, then will he be rich? He clearly observes the marks of old age and death on the poet’s face, but doesn’t know what to do. B. Wordsworth is the protagonist of the story, remembered through the memories of the narrator. He is initially described as a strange man who comes to the narrator’s house so that he could watch the bees in the yard. The boy gives a description of him- a small man, tidily dressed, wearing a hat, a white shirt and black trousers. He tells the boy that he’s the greatest poet in the world and his name is B. Wordsworth, and that White Wordsworth is his brother. He befriends the young narrator and takes him on an exciting adventure and lets him view the world as he never had. He recognizes the poet within the boy, and tells him his tragic love story. He also explains why his garden is huge and wild. He does not earn much from writing poems, and therefore sings calypsos in the calypso season. He gradually starts to grow old and weak. The boy finds him in a death-like situation one day, and starts crying. In order to evade him from the poetry business, he tells the boy that all the talk about poetry, the story he had narrated is all a lie. He purposely does it so that the boy does not turn into a failed poet like him. B. Wordsworth is a symbol of love, friendship, loyalty, nature, and humanity. His dying is a great loss to the world that never understood his value.

4. What is the theme of the story B. Wordsworth?

Ans. The story B. Wordsworth has several themes in it. The first theme is about the contrast between the materialistic world and the emotional world. People these days have lost their emotional essence and they want to become rich as soon as possible. Being a poet, is a highly underestimated profession. People like B. Wordsworth who are passionate about writing poetry, do not receive their due, and ultimately die unidentified. B. Wordsworth tried selling his poetry to the narrator’s mother for four cents. Instead, she got suspicious of him and called him a ‘blasted’ man. He calls this a poet’s tragedy. Poetry is not considered a serious business, and poets are thought to be strange and crazy people. B. Wordsworth is a failed poet, despite great talent. He does not earn much from poetry, and sings calypsos in the calypso season to earn money for his survival. The second theme is about the destruction of values like love, friendship, sensitivity, hope, honesty and so on. B. Wordsworth possesses all of these qualities, but he succumbs to the harshness of this world. He spends a lot of time observing the beauties of nature. He observes the stars, bees, trees, ants, scorpions etc., and this is reflected in his poetry. He considers William Wordsworth to be his alter ego. Just like W. Wordsworth finds solace in nature, so does his brother B. Wordsworth. The latter finds the young narrator to be a budding poet, because he possesses these qualities. The boy gets inspired by B. Wordsworth and finds it more exciting to observe the bees, the pin, water, and the stars. The death of the poet comes as a shock for the young narrator, and marks the end ofthe story. When the boy returns to the Alberto Street after a year, he finds that instead of B. Wordsworth’s house, there stands a concrete two-storeyed building, as if B. Wordsworth never existed. The sad demise of the strange man seems to be a death of humanity, of love and friendship. People like him cannot survive in an environment full of lies and deceit, even though they are talented and skilful. The third theme in the story is the environmental degradation which is rapidly taking place around us. A beautiful garden with bright flowers, green grass, the mango, the coconut, and the plum tree comes to an end with the death of the poet. The whole garden and the poet’s house is destroyed, and a huge concrete building is established in its place. It is a tragedy of our planet that buildings are given importance over nature, and poets who value these precious resources are cut off from the social arena.

Workbook Answer of Old man at the Bridge

Workbook Answers Of The Heart of The Tree