Workbook Answers of The Spider And The Fly 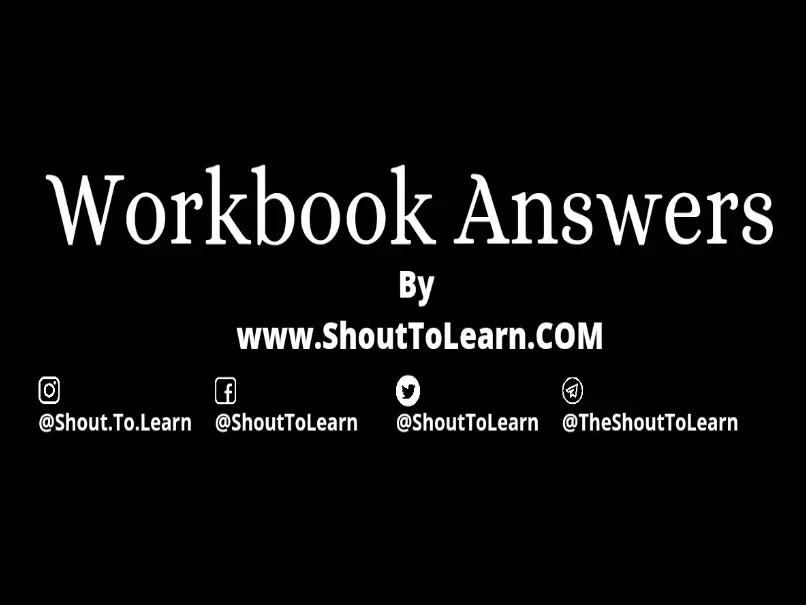 1. Bring out the characteristics of a fable in the poem ‘The Spider and the Fly’.

Ans. A fable is a story in prose or verse. It gives a moral usually at the end by the poet/ narrator or the character, which revolves around human behaviour. Fable in which animals talk and behave like human beings, is called beast fable. ‘The Spider and the Fly’, thus, is a beast fable as the poet Mary Howitt has personified her two characters, the spider and the fly. This poem is a tale written in verse, and the poet has narrated it in a simple and straightforward manner. The spider is a sly, wily character, while the little fly is innocent and silly. Through these two characters in her tale, the poet has cautioned children to be wary of the flattering words of a wicked counsellor. However, the moral can also be surmised as a lesson for young women who fall prey to flattering words of men who are manipulating and wicked. Written in a conversational manner, the story is told through dialogues mostly. The cunning spider is hungry and wants to eat the little fly. He invites her to his ‘parlour’ to see most curious things that there. The fly declines his invitation and replies that she knew well that whoever went to his ‘parlour’ never came back again. The spider then tries to coaxes her with another offer – to take rest in his comfortable bed. He tells her that she must be tired from going up so high, so she should take some sleep in his bed that has beautiful curtains drawn around, and delicate sheet upon it. The fly deftly turns down this offer too and says that whoever slept in his bed never woke up again. The cunning spider then asks the fly how should he prove his (false) love to her. He then adds that his store is stocked with delicacies and invites her to eat and enjoy the nice food. The fly answers in negative again. The spider now plays smart and calls her a sweet creature, both witty and wise. With this compliment he is able to mellow down the fly’s resoluteness against coming to his ‘parlour’, and so she says that she’s call upon him some day. The spider is convinced of the fly’s return as he knows very well the power of flattery. And so he quickly starts to weave a web in the corner wall. He sings while setting up his dinner table where he’ll dine upon the little fly. He then again calls for the praising her. He calls her a pretty fly with pearl and silver wings, green and purple robes, a beautiful crest upon her head, and brilliant eyes. This flattery doesn’t fail and the foolish little fly gives in easily. As she goes closer to the spider’s web, he catches hold of her and drags her to his dark cell. The poet employs the irony effect through the fly’s character, who is aware of the dangerous consequences of entering the spider’s web and keeps refusing all the comforts that he offers her. However, she is taken in very easily with the use of sweet talks by the spider, and so she meets her dreaded doom through flattery.

2. Who do you think is responsible for the end of the fly in the tragic tale?

Ans. In the tragic tale of ‘The Spider and the Fly’ spider is a wicked creature who is hungry and who wishes to dine upon the little fly. The fly is innocent,but is aware of the spider’s meanness. She keeps dodging his advances in her own way.However, she is caught off guard once he starts praising her eyes, wings and the crest on her head. She pays heed to the flattery and meets her doom owing to this vanity. So, in my opinion the fly is responsible for her tragic end. The characters in the tale teach the readers how they should not be affected by the useless flattering words of a wicked counsellor. The wicked men use sweet talks and flattery to snare the innocent and crush their innocence. It is important to keep one’s innocence from being shattered in this world that is full of sham and drudgery. However, the innocence needs to be shielded by worldliness so that one knows the good from bad. The wily and shrewd predators abound the society and win over the gullible with sweet talks and flattery. They are toxic to innocence, and so the children and women need to be vigilant and careful to not pay heed to such malicious people. Had the little fly been determined to not entertain the wily spider’s advances, she’d be safe. While approaching the little fly, the spider used a few archaic words like ‘hither’ for ‘here’ and ‘shew’ for ‘show’ to show his politeness. However, his extreme courtesy inly highlighted his wicked character glaringly. The meek fly kept saying ‘Oh no, no’ in the beginning, and ended up following the spider at the end.Through its protagonist, the poem brings home the idea that flattery is too powerful to resist, and people fall prey to this vanity even after being fully aware of the repercussions.

3. What moral does the story convey?

Ans. The Spider and the Fly is a moral fable that conveys a message or moral at the end. It is about not giving in to the flattering words. In the final stanza of the poem, Mary Howitt addresses the readers (children) to be cautious against paying attention to the words of false praises from a wicked counsellor. The poem brings home the idea that closing ears to flattery is a prudent way to keep safe in this world, which is full of people who are morally corrupt. The children should learn from the little fly who succumbed to her vanity and could not resist the flattery from the sly spider. Moreover, the message that the poet seemed to have shared with the younger lot, holds true for adults too. Women become easy prey to their flatterers, and perhaps for this very reason Mary Howitt personified the cunning spider as male and the foolish little fly as female. The characters in the poem portray well that flattery can prove fatal too. It is more of a warning to young women, who lack worldliness, against manipulating shrewd men who seduce them by flattery. Such sweet talk is used against the innocent women to crush their innocence. In this simple tale of the spider and the fly, both the characters are engaged in conversation. Their conversation is indicative of the character traits of the spider and the fly. The spider looks hungry and is shrewdly devising plans to eat the fly. The fly is little and meek, but is aware of the spider’s character. However, her wisdom fails miserable when she is flattered by his praising words about her wings, her eyes and the crest on her head. At the end, she follows him as he praises her and gets caught in his web. The little fly imparts with the readers a lesson to not get affected by the flattery and learn from her example, how dangerous could the repercussions of such fake praises be.

4. What does the poem ‘The Spider and the Fly’ tell us about flattery?

Ans: In this tragic tale of ‘The Spider and the Fly’, the poet, MaryHowitt has depicted human weakness of being easily enticed by flattery. In the poem through her two characters, the cunning spider and the little fly, she has advised the readers to not get carried away by the flattery. In the poem, the cunning spider tried to lure the little fly into his web promising her a variety of luxury, such as, a parlour that she had never seen, a comfortable bed on which she could rest, a little mirror in which she could see how sweet a creature she was, a stocked pantry that contained many good things to eat. The little fly turned down all his treats and refused to go to his den. She told him that she was aware of the dangers that he had masqueraded with his sweet talks. However, the little fly, who at first refused all the luxuries, was unable to resist the compliments the sly spider showered upon her. The cunning spider called her gauzy wings like ‘pearl and silver’ and robes he praised as ‘green and purple’. He remarked the crest on her head, and called her eyes brilliant bright as diamonds, whereas for his own he called them dull as lead. Following the praises from the shrewd spider, the foolish little fly got trapped first in his words, and then into his web. He had grabbed her and took her into his den, from where she could never be seen coming out. The foolish little fly knew everything about the consequences that she’s face if she went inside the spider’s den, yet she followed him. Such is the power of flattery, false praises. She didn’t pay heed to the comfort of his comfortable bed, the brilliance of his parlour with a little mirror on the wall, and even the well stocked pantry where he had stored nicest of food; however, she gave in to the words of flattery.

Workbook Answer of Old man at the Bridge

Workbook Answers Of The Heart of The Tree